They were marching behind the others with great dignity, accountable as they had always been for good order and common sense and respectable behavior. They, alone were on key. Yet she could see by their shocked and altered faces even their virtues were being burned away. — Flannery O’Conner (Full Paragraph or Whole Story)

In her short story Revelation Flannery O’Conner imagines those rising into heaven. Each has joined heaven’s song but are also passing through the fires of judgment (as Paul writes 1Cor. 3:12-15). Outcasts and church goers alike are rising up, each being perfected. To take the people in this passage, the sinful woman and Simon the Pharisee, join the song. She is not surprised at her life’s dross being burned away, but Simon can’t fathom even his virtue is dross.

Kierkegaard writes, “But too often it has been overlooked that the opposite of sin is not virtue, not by any manner or means. This is in part a pagan view which is content with a merely human measure and properly does not know what sin is, that all sin is before God. No, the opposite of sin is faith, as is affirmed in Romans 14:23, ‘whatsoever is not of faith is sin'” (quoted by Garland 332). 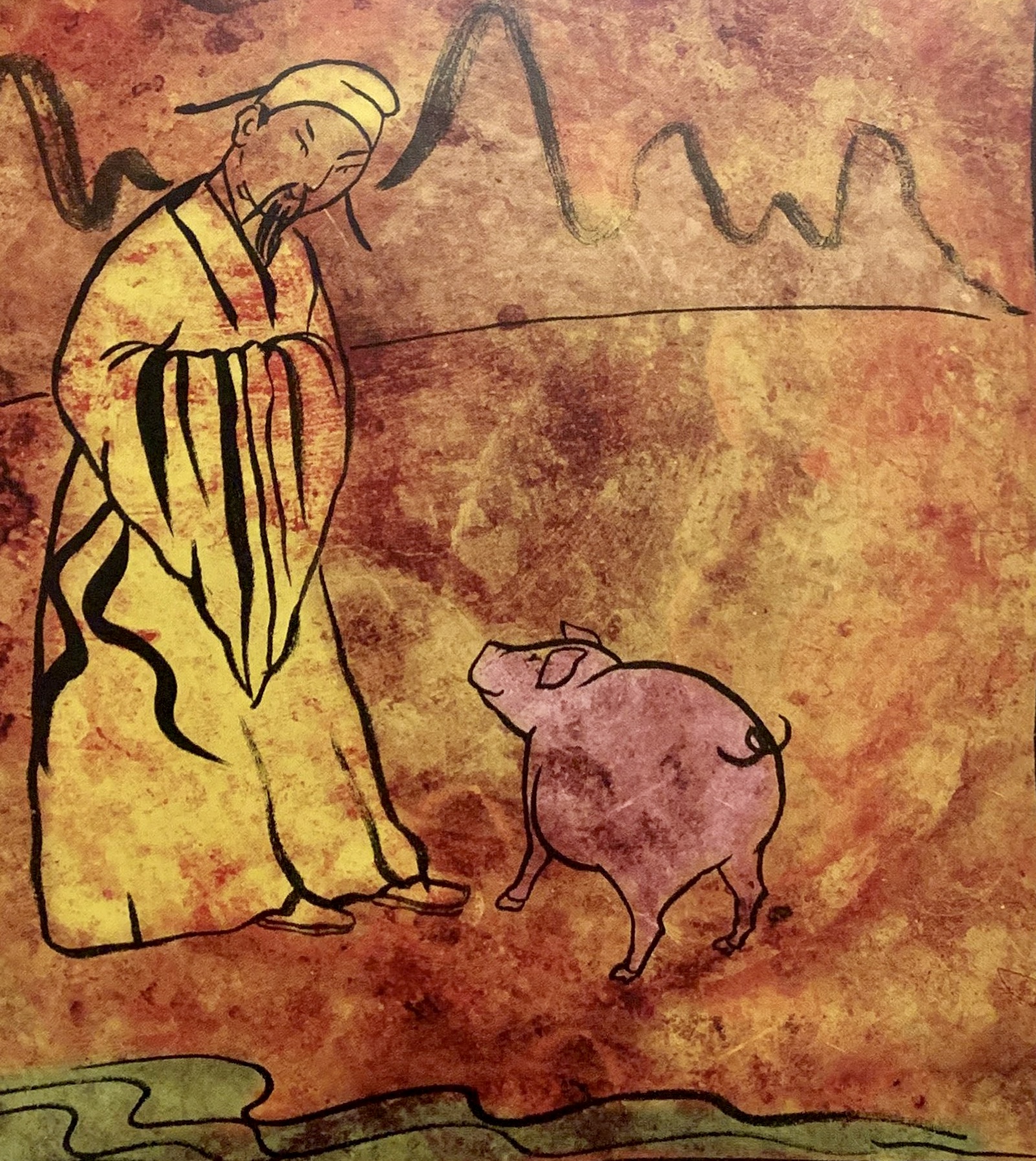 Connecting to Today: My nephew, Taran, was adopted from China so this past week we celebrated Chinese New Year. This year begins the year of the Pig. As the legend goes the 12 Zodiac animals raced to determine the yearly order. The story that we read has rat pushing cat into the river – hence cat doesn’t make the list and forever chases rats. While pig forgot the race, instead “ate and ate and ate”, then slept and floated across the river to earn the twelfth and final spot.

Of course we all debate the best animals (the best being our birthday’s animal). The dragon – missing in our family – wins. So we soon judge the animals at the bottom. Thankful we are not snakes or rats. My kids also reject the pig, but as I get older and sleepier… floating to the end doesn’t sound like a bad plan.

Unfortunately I do not just judge Zodiac animals. I often – without even thinking – count my virtues over my neighbor. Maybe it is as simple as money or education. Or as twisted as Simon the Pharisee counting virtues. But without fail I will rank myself better than many people… and it is my pride that makes me desperate for grace. That I “will be saved—even though only as one escaping through the flames” (1Cor 3:15).

Consider: What is the difference between sinful pride and self confidence?