Christian noun /ˈkrɪs·tʃən/
One who believes that the New Testament is a divinely inspired book admirably suited to the spiritual needs of his neighbor.

This definition is from Ambrose Bierce’s “The Devil’s Dictionary” and certainly fits the Pharisees. They created Sabbath loopholes for themselves. Jesus outlines a couple, but the Pharisees went well beyond falling in a well. Emergencies were given exception. You could defend your home in the event of break-in… but where did this man with dropsy fit? There were no loopholes for him. Instead he was a pawn in their game to catch Jesus. To beat Jesus.

Winning was their game of life, moving up to higher places of honor and respect. As Jesus would observe when he watched them (v7-11).

But what did the Pharisees observe when they watched Jesus? Jesus did not concern himself with the game. The man with dropsy was not a pawn. He was a human made in the image of God – a person who deserved to be loved.

Connecting to Today: One of favorite poems is Play by RS Thomas: 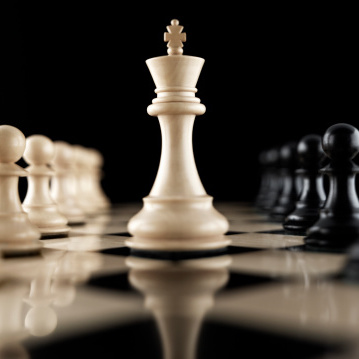 Your move I would have
said, but he was not
playing; my game a dilemma
that was without horns.
As though one can sit at the table
with God! His mind shines
on the black and white
squares. We stake our all
on the capture of the one
queen, as though to hold life
to ransom. He, if he plays, plays
unconcernedly among the pawns.

Tidbits: Narrow — The man asks a hard question, “Lord are only a few people going to be saved” (13:23)? Jesus does not release the tension in the following verse. And Chapter 14 continues to raise the bar, “Whoever does not carry their cross and follow me cannot be my disciple” (27 – the verse before is filled with hyperbole, demanding we hate family, even our own life). Yet in the between these verses and an impossible to reach salvation is the desire of Jesus, “Jerusalem, Jerusalem, you who kill the prophets and stone those sent to you, how often I have longed to gather your children together, as a hen gathers her chicks under her wings, and you were not willing” (13:34). Later Jesus will answer Peter’s cry, “Who then can be saved?” “What is impossible for humans, is possible for God” (Luke 18:26-27).

Salvation is impossible but for grace. So I let go to rest in grace. Not my will, but God’s be done. If I can let go of my will, God has willed salvation.