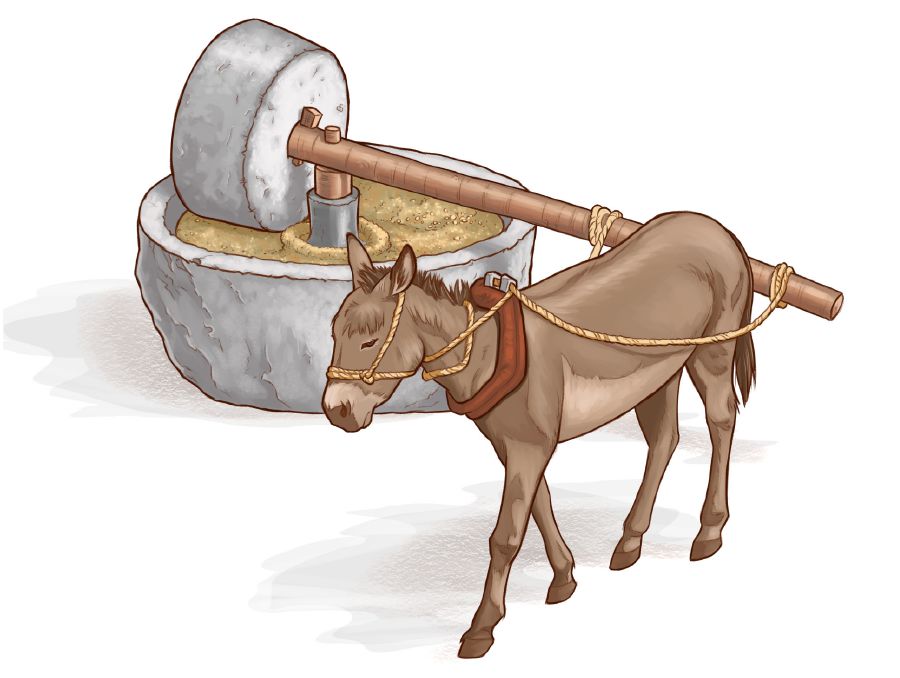 There were multiple types of millstones. Smaller stones for each household, large stones used by the whole community.  With some, the stones were perpendicular (pic). With others the round stones were parallel, sitting on top of one another (grooves drew the grains between the stones). Jesus most likely refers to the large community millstone. “It would be like a necklace with a VW attached.” (Vinson 425)

Is one sin worse than another? In the sense of how it affects your relationship with God, I don’t believe so. Each breaks our relationship with God. But sin also affects the world around us. And in that sense sins vary in severity. Certainly, Jesus calls us to a strict ethic, but here is one of the only times he declares a consequence that is better than the sin (about Judas Jesus says, “It would be better for him if he had not been born.” Mt 26:24).

Connections to Today: Who causes a little one to stumble? Of course, this answer is unending, but when I talk to the lost, they often reference the church… the people, the pastors…

“The greatest single cause of atheism in the world today is Christians, who acknowledge Jesus with their lips and walk out the door and deny Him by their lifestyle. That is what an unbelieving world simply finds unbelievable.” – Brennan Manning, DC Talk Jesus Freak