We often read this story in correlation with Matthew’s story of the talents (25:14-30), but there are key differences. First is context. Matthew’s parable is nestled between two eschatological passages (end times). But Luke’s parable is offered as a response to “the people who thought the Kingdom of God was going to appear at once.” And Luke’s is nestled between nearing Jerusalem, v11, and entering Jerusalem, v28.

There are also additions in the text of Luke, not present in Matthew. The nobleman goes to a far country to receive a kingdom, v12. The citizens hate him and send a delegation after him to protest, v14. These enemies are slaughtered before the nobleman, v27. (The citizens/enemies are missing entirely from Matthew, where there are only servants.)

Finally, there are changes between the texts. Beyond the change from Talents (Matthew, talent=20yrs wages) to Minas (Luke – mina=3m wages), in Luke, the man is titled a “nobleman”. Also, the servant who held the mina isn’t thrown into “darkness”, but simply has money taken away (it is the enemies who are physically punished).

Now, what do these differences mean? In Matthew, the parable is about the end times. The man who goes away is Jesus, who goes to Heaven. The servants are given talents, which symbolically represent gifts God gives us (not simply monetary, the meaning is reflected in the English word). But in Luke, Jesus’ intention is different.

The text gives clues to meaning. First, if the distant land is heaven, how could delegates be sent there? Second, it is a nobleman who goes away. Jesus would not refer to himself of noble birth when every part of Luke stresses his humble beginnings. Third, the nobleman goes to receive his kingdom, but Jesus already has the Kingdom (it is already “in your midst”, 17:21, and Jesus is giving it to his followers, 12:32 and 22:29). So the nobleman is not Jesus…

Instead, as Jesus enters Jerusalem, he is teaching his disciples God’s Kingdom will not be “more of the same empire with different players in place” (Vinson 599). Rather than initiating a violent upheaval and forceful rule – where enemies are slaughtered and people of God become the rulers – Jesus enters Jerusalem to sacrifice for his enemies.

The story of Zacchaeus immediately precedes. In fact, this is a continuation of that scene (“while they were listening”). And salvation comes to Zacchaeus not because he fights those who belittle him. Instead, he gives away his wealth to the ones who are grumbling! And that is when Jesus declares “salvation has come to this house”.

The story that immediately follows is the triumphal entry, a declaration that Jesus is Messiah. But again he will not rule as this world’s empire. Far from fighting and conquering, Jesus goes to be slaughtered. And he weeps and prays for the enemies who will slaughter his body (v41)!

So Jesus is not the nobleman who seeks to steal the kingdom from God by violence. Far from it. Instead, He is God, who seeks to bring the Kingdom to all people by becoming the one who is slaughtered. In bearing the violence of this world’s sin, the way to God is opened.  Even for the enemies of God. 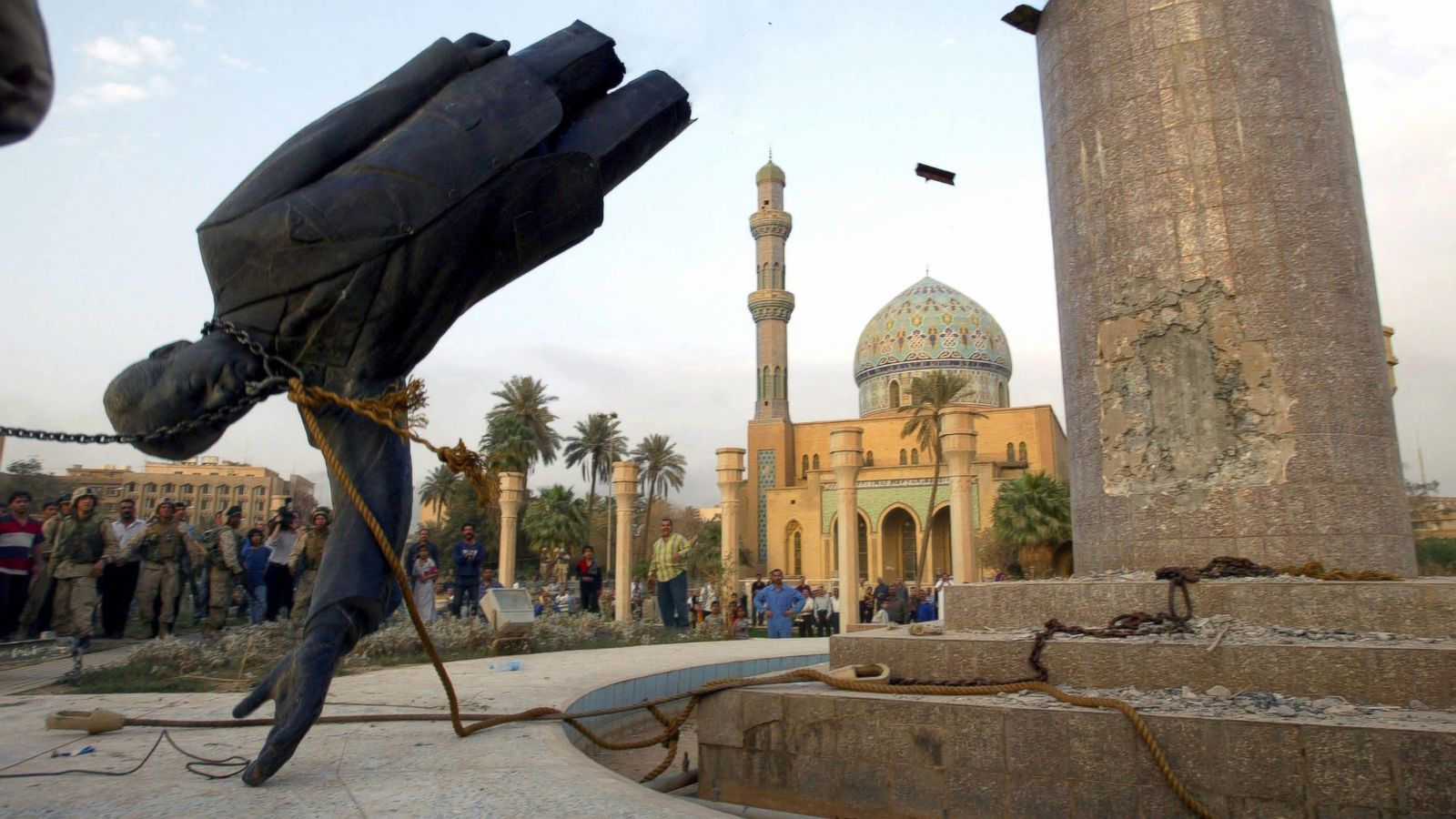 Connection to Today: When the bombing began in Iraq in 2003, I remember praying with Megan. We join in prayer every evening. That night I prayed that Sadam would be killed with one of the bombs. I wanted this war to be over quickly. America was already in Afganistan. And I had serious doubts about the doctrine of preemptive war. But as I prayed, Megan stopped me, “Do you really think you should pray for someone to die?”

It actually took me 24 hours to know she was right (even with age I still take forever to admit I am wrong!).  I realized praying for an enemy’s death was not asking God to do anything… instead, I should be praying for salvation.

At times this is a hard prayer. Especially when the enemy is close to home. Which makes the act of Jesus so much more amazing. He gave himself over to be slaughtered by his enemies… oh the great and glorious love of God. Who does not wish us dead, but takes death that we may live!

Take a moment to pray for an enemy (or someone who drives you crazy). Pray not for retribution, but as Jesus weeping over Jerusalem.

“eye of a needle” – I have heard messages on a small gate in Jerusalem where a camel would need to take off its load and crouch to enter. But this story is unsupported by historical evidence. Most likely Jesus meant a literal needle! CS Lewis writes, “All things (e.g. a camel’s journey through A needle’s eye) are possible, it’s true. But picture how the camel feels, squeezed out in one long bloody thread, from tail to snout.”