This is from last week’s chapter, but I didn’t want to parade into the triumphal entry before now… Jesus rides in on a colt – the prophetic connection to Zechariah 9:9 would have been apparent (9:9 mentions a colt and donkey – Mark also has a colt, Matthew has a donkey and colt, and John has a donkey). And the crowd responded with messianic fervor. They were welcoming the King!**

And the symbolism was certainly not lost on the Pharisees. Jerusalem was bursting with people for the Passover celebration – a festival built around God’s liberating the oppressed Jews! And here was Jesus accepting the mantel of the Messiah! His disciples were laying their garments on the path – just as Jehu was welcomed into the city. Which brings us to verse 39.

I realized – unless it is obviously positive – I always read the Pharisees in a negative light. And so do most of my commentaries (“these Pharisees exemplify all who set themselves over against the divine plan” – Green 687). So I read the Pharisee’s words as a rebuke. But Brian Zhand (Postcards From Babylon, 91) read it as a warning to Jesus. Looking again, I saw how the passage could be read with Pharisees as neutral or even as protecting Jesus. And interestingly, this is the last word from the Pharisees. They step back and the plot to kill Jesus is raised by the elders, chief priests, scribes, and Sadducees.

**Though I am not sure the crowd understood the symbolism of the colt – contrasted with the Roman procession with the ruler on the white charger, Jesus was coming not as the King of War, but as the King of Peace! This is made even more apparent by verses 41 and 42, where Jesus weeps over the city that will slaughter his body, “if you had only known on this day what would bring you peace.” 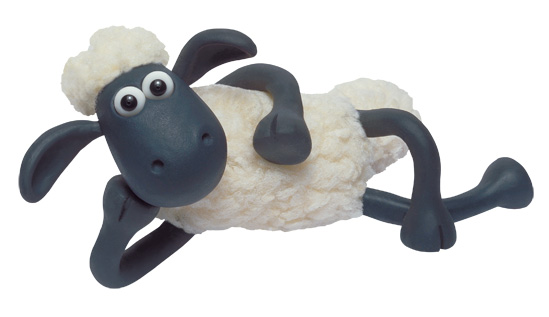 Connecting to Today: During college, I worked at a little church in Lowry City. The association held a camp that felt like time had stopped 30 years ago.  From crafts to games to worship – especially the music. Many of the songs I had never heard. But they were catchy, one, in particular, I still sing: “I don’t wanna be a Sadducee, because they’re too sad-you-see! I just wanna be a sheep, ba ba ba ba!”

The next line was “I don’t wanna be a Pharisee, because they’re not fair-you-see! I just wanna be a sheep, ba ba ba ba!”

The Pharisees had a habit of putting people into boxes. People of God followed the Law and the heathens didn’t. They excluded people based on these expectations. They struggled to accept Jesus because his followers didn’t wash before meals and he healed on the Sabbath… with Jesus in the lawbreaker box meant they couldn’t see the miracles!

But reading this passage I realized I do the same thing to the Pharisees. I have boxed them in and assume the worst! Even when Nicodemus sought Jesus out, I notice that he came at night. And I read this passage without grace.

Of course, I label everyone I encounter. Most of my labels are just facts, part of getting to know people: this person loves sports, that person quilts. But some of my labels come with baggage. And it is hard for me to see past anything but the label. So much so that I lose grace and assume the worst.

Which isn’t fair. We are more than our politics, our theology, our job, our education, our income… and no matter what our labels, at the core we have been labeled “loved” by God. So whether they sought to protect or plotted to destroy, Jesus gave grace and cried for their redemption. And this is the only label that matters.